Sunday, December 01, 2013
back in the studio I've been home from Ireland for just over a week, time enough to unpack and spread my new work around the studio on walls and tables, and to give it some thought now that I am away from its source. Now I can also view it alongside the paintings I was working on back in late September, when I was packing to leave. Contrast, emphasis on shape, and texture are prominent in the new work. 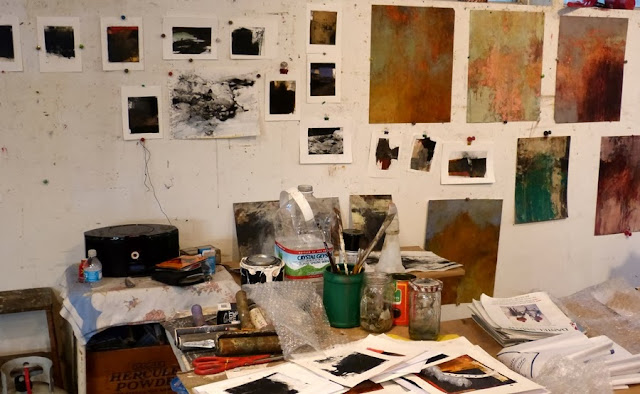 A few days ago I sat with this work and made some notes. On an emotional level I find the strong dark shapes in the monotypes I did very compelling, expressive as they are of the rocky seacoast of Mayo, where at times I found myself close to tears walking along the cliffs, or on the wild beaches--overwhelmed by rugged beauty. Many of my small works, such as the monotype below, came about directly and spontaneously, and caught for me some essence of that experience. 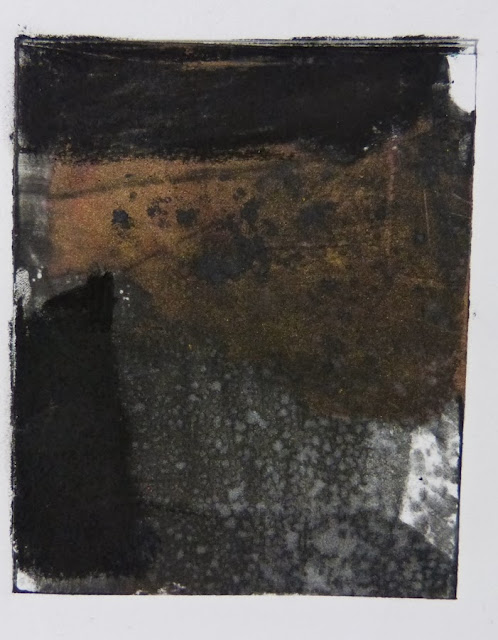 The oil and wax paintings I did are for the most part softer, and more complex and colorful. They bring to mind the blanket bogs that cover miles of the Mayo landscape. The bog may appear barren and rather featureless from a distance, but up close it is a tapestry of color and form, created by the plant life, stones and turf. The soft bog lands and the rocky coast are the two most striking aspects of Mayo, and are often juxtaposed, with the bog extending right up to the edges of the tall cliffs as in the scene below on Clare island. 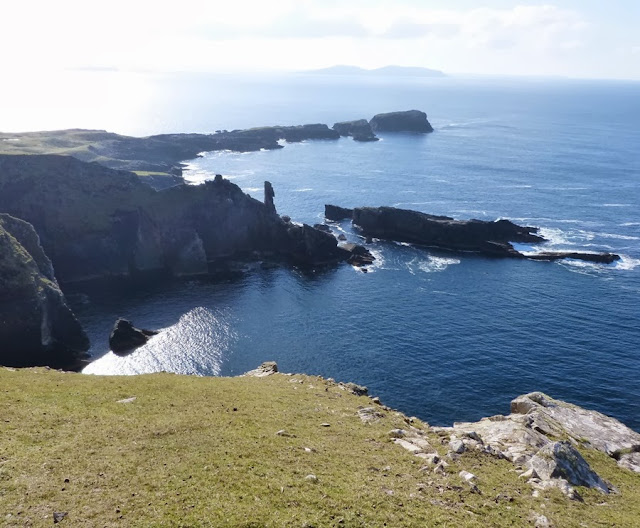 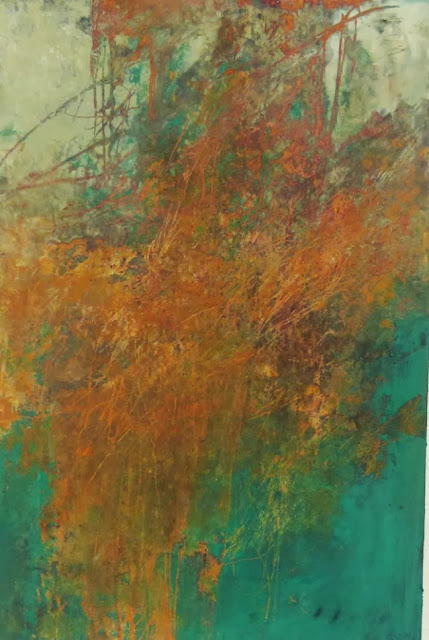 I love this contrast, this yin/yang of the landscape. Nuance and boldness, quiet sensitivity and drama. This is the emotional and conceptual material I want to explore in my return to my own studio. Several new paintings are underway, and I have dragged my lightweight, toy-like etching press from under a table and dusted it off. After all the fun of making monotypes at Ballinglen, I'm interested in trying some at home-I just need to replace the felt blankets and get some ink that isn't dried to a crisp. This little press hasn't been used in a good 20 years and may not be up to the task--stay tuned!
¶ 6:13 PM

Comments:
Rebecca, I feel the magic of the Irish Isles in your words and the work. Look forward to seeing what else comes to the surface.